Benefits of Creating a Pollinator Garden

Posted on April 11, 2017 by The Editors of Garden Variety

Recently, I spoke with a group of beginning gardeners and a few stated they had been unsuccessful in past with growing many vegetables, including such as squash, tomatoes and cucumbers. The plants grew and blossomed, but produced no fruit. After discussing a myriad of possible causes, it was concluded there were no bees or other pollinating insects present in their gardens. Their gardens were not sourced with the essentials for any successful edible gardening; food, water and shelter for the pollinators.

I have included a few of the most well known pollinators below for reference.

Most people think of bees as the main source of pollinating plants. However, there are many more beneficial such as hummingbirds, butterflies, moths, flies, beetles and even bats.

Hummingbirds main food source is nectar from the tubular flowers they prefer and as they drink the nectar, pollen collects on their beaks and feathers and is transferred from flower to flower. Because they are native to warmer and more tropical regions, they are often seen only in late Spring and Summer. To attract hummingbirds to your garden, plant a large variety of funnel shaped, red flowers with strong perch support (they can see this color from the air). Hummingbirds are voracious eaters so be more liberal with your plantings.

Butterflies feed on numerous variations of flowers (with a sufficient perch or landing) and benefit from full sun in areas sheltered from strong winds. They love open, moist bare earthed areas or a large rock where they collect together and gather minerals and fluids. Their larvae are born and feed on various poplar food sources, but the sacrifice of a few leaves from plants are worth it. 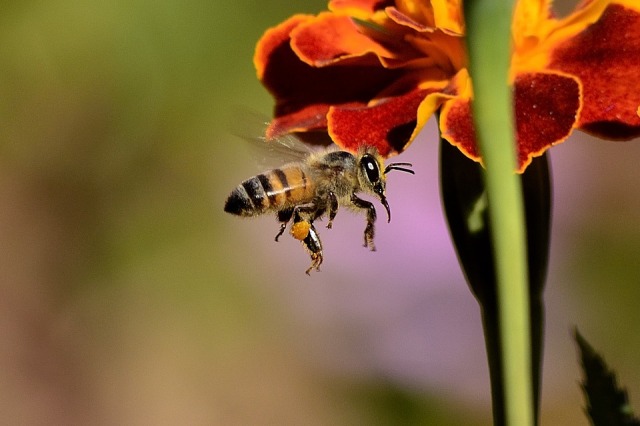 Bees play a well known and essential part of pollinating food crops whether on a small or large scale. Due to diseases and pesticides, honey bees in particular are in a decline. Other bees such as bumblebees, carpenter bees and mason bees also play an important part in pollination. They all benefit from shelters of some sort (beehives, pieces of wood, brush and even dirt. They also benefit from sufficient water sources such a vernal puddles, small containers and ponds (all need an area the bee can perch on to drink).

2 Responses to Benefits of Creating a Pollinator Garden